As I’m off on Maternity Leave until August I’m at home with Alfie a lot, as Dan is at work, but last Thursday Dan broke up for his schools Easter Holidays! Woo!

Two weeks of Dan/Daddy time… What could be better than that?!

We had planned to go to Dan’s parents for the Easter Weekend and a couple of days after, so we could fit a planning meeting in at our Wedding Venue Swancar Farm, before coming home for two nights and then off to St David’s to a cottage with our friends Katy and Steve for the second week!

Yes, a very chaotic week and not a very big turnaround!

We had a night at Uncle Fatty’s (Dan’s brother Matt) and Aunty Anna’s before going to Dan’s parents to surprise Cheryl for her birthday.

Unfortunately the weather was a bit rubbish but that didn’t stop us having a trip to Bakewell for the afternoon. We had tea and cake in a lovely little Tea Shop and then a nice Chinese Takeaway in the evening.

On the Saturday we’d decided to go to a park just outside Derby, Markeaton Park, that has some water and crazy golf! I came second! Bonus!! 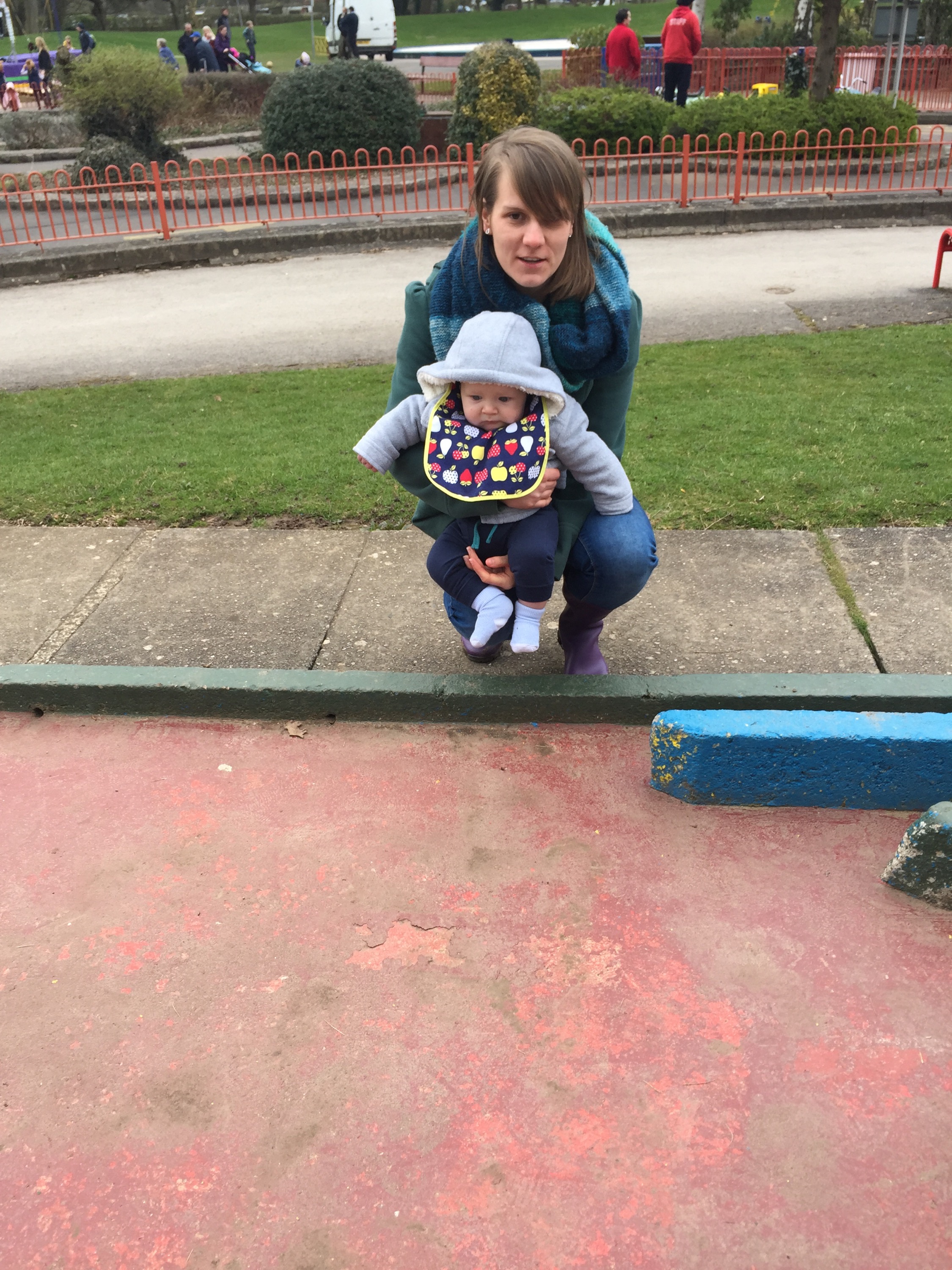 Alfie wasn’t a massive fan of his pushchair and we all took it in turns to carry him around – cheeky monkey! 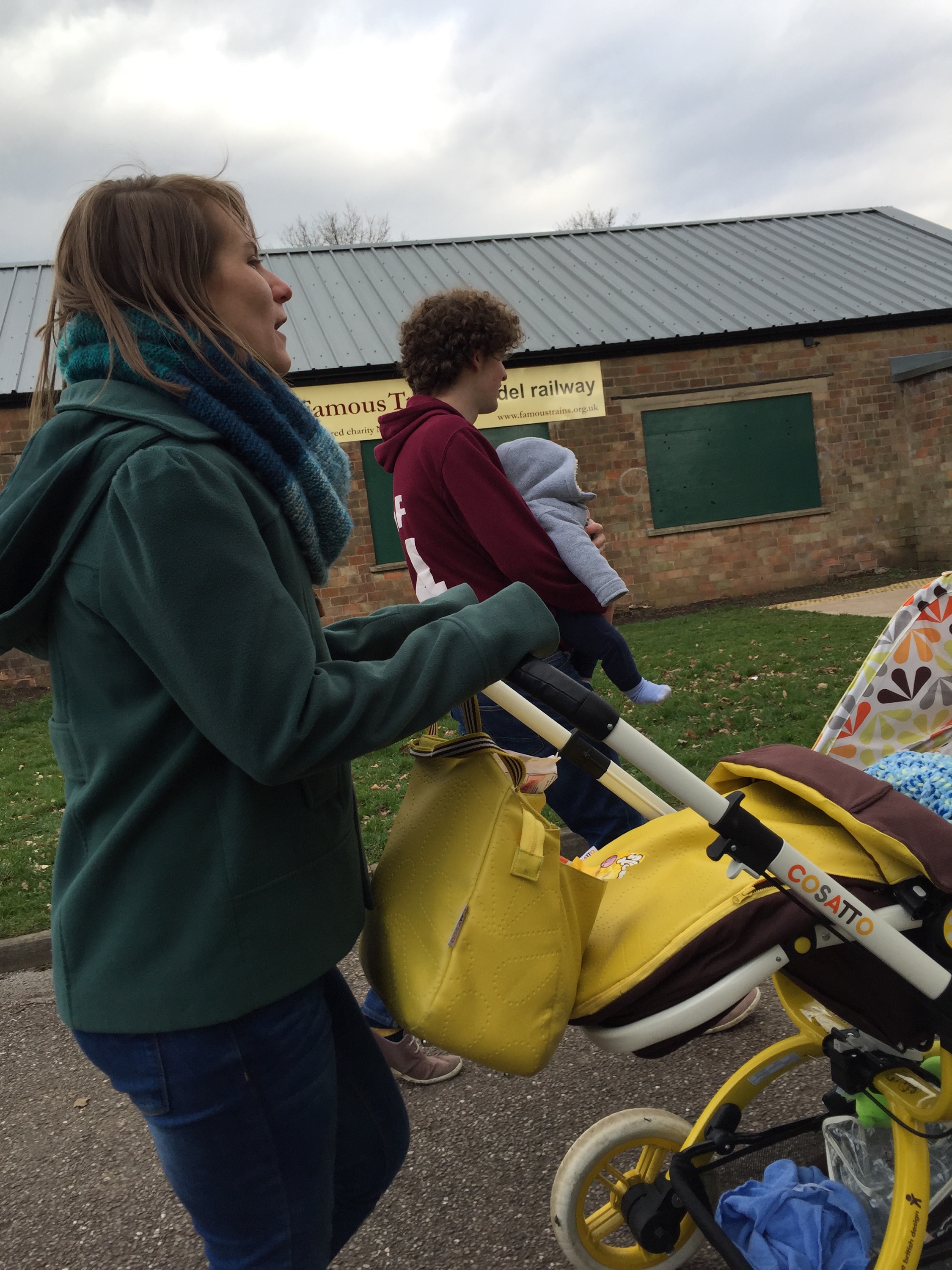