Dan came into the ward with a beaming smile that I will never forget. He looked shattered (not as bad as me) but the happiest guy alive at the same time. He couldn’t wait to see Alfie again.

I was so proud of him and how he’d taken to fatherhood straight away. I’d picked a good one and Alfie was going to have the best daddy!

Getting out of bed.

You won’t know how painful recovering from a c-section is until you’ve had one, although all surgery is different and all recoveries are different.

On the second day, they take out the catheter and the canular if you don’t need them. Fortunately, or unfortunately depending on how you look at it, Alfie had decided he wanted to pull out the canular in my hand in the middle of the night, spraying blood everywhere, so that had already come out. Once the Catheter was out I was told I could try getting out of bed and go and have a shower if I wanted.

I’d sat in that bed for the last 20 hours or so, I felt horrible and wanted a shower, but I knew it was going to be painful! One of the nurses helped me out of bed, I felt about 80 and not in control of my body. It took about five minutes just to get out of bed. Then another five to get down the corridor to the shower room!

I was walking slower than a snail!

Once I got to the shower room the reality hit that I had to shower. I could barely move never mind undress and redress and I didn’t know what to do about cleaning where my dressing was! I was scared and must’ve been in there about half an hour. The nurse came back to help me carry my stuff back and we walked back at a snails pace. I did it and I did feel much better!

Half way down the corridor all I could hear was a baby screaming, as we got a little closer, my heart sank, it was Alfie screaming. I’d left him and he’d been sobbing his little heart out.

Dan told me that he’d done a poo that went everywhere and his bedding and his outfit both had to be changed and he’d screamed since. He wanted his mummy and a feed. 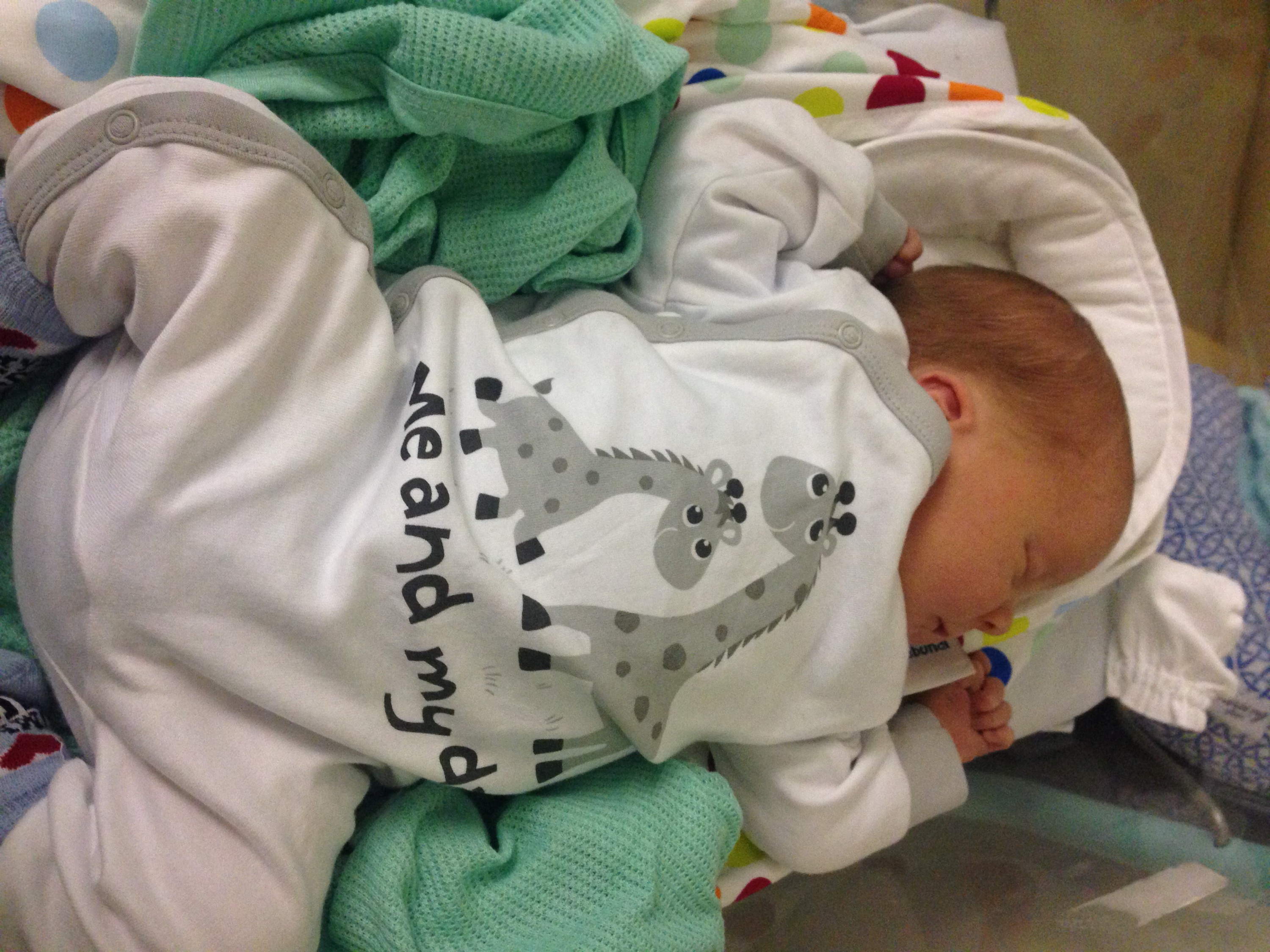 Once he’d been fed he was settled, happy and ready for some visitors!

His first visitor that afternoon was Aunty Katy! How she’d waited until the second day I will never know. She doted on him and it was lovely!

After no sleep and a bit of a meltdown about feeding and leaving Alfie, having 8 visitors and Dan was not my idea of fun as I was so exhausted.

I kicked them out.

They all went down to the tv room, and took Alfie with them, on the promise that if he screamed they’d bring him back! He only seemed to sleep when visitors were around!

I slept through the rest of visiting and woke up as people were saying goodbye! It was definitely what I needed!

By the time evening visiting was here I felt much better and happy to see everyone, I even walked down to the tv room pushing (leaning on the baby cot) Alfie.

The one thing I would say to anybody who has just had a caeserean, is to try and get up as soon as possible and keep moving. Otherwise getting out of bed hurts more and you get very stiff!

I’m not saying that it didn’t hurt, as I took painkillers as often as I could, it just helped to be up and about and sitting in a chair rather than on the bed that was not easy to get out of.

Before leaving Alfie had his first bath, and he screamed as it wasn’t warm enough, we had some photos taken by bounty and I was given a million and one leaflets on recovery and having a newborn, and a million and one painkillers, iron tablets as my iron levels were low and injections to keep thinning the blood (they were the one of the worst things about having a c-section!) 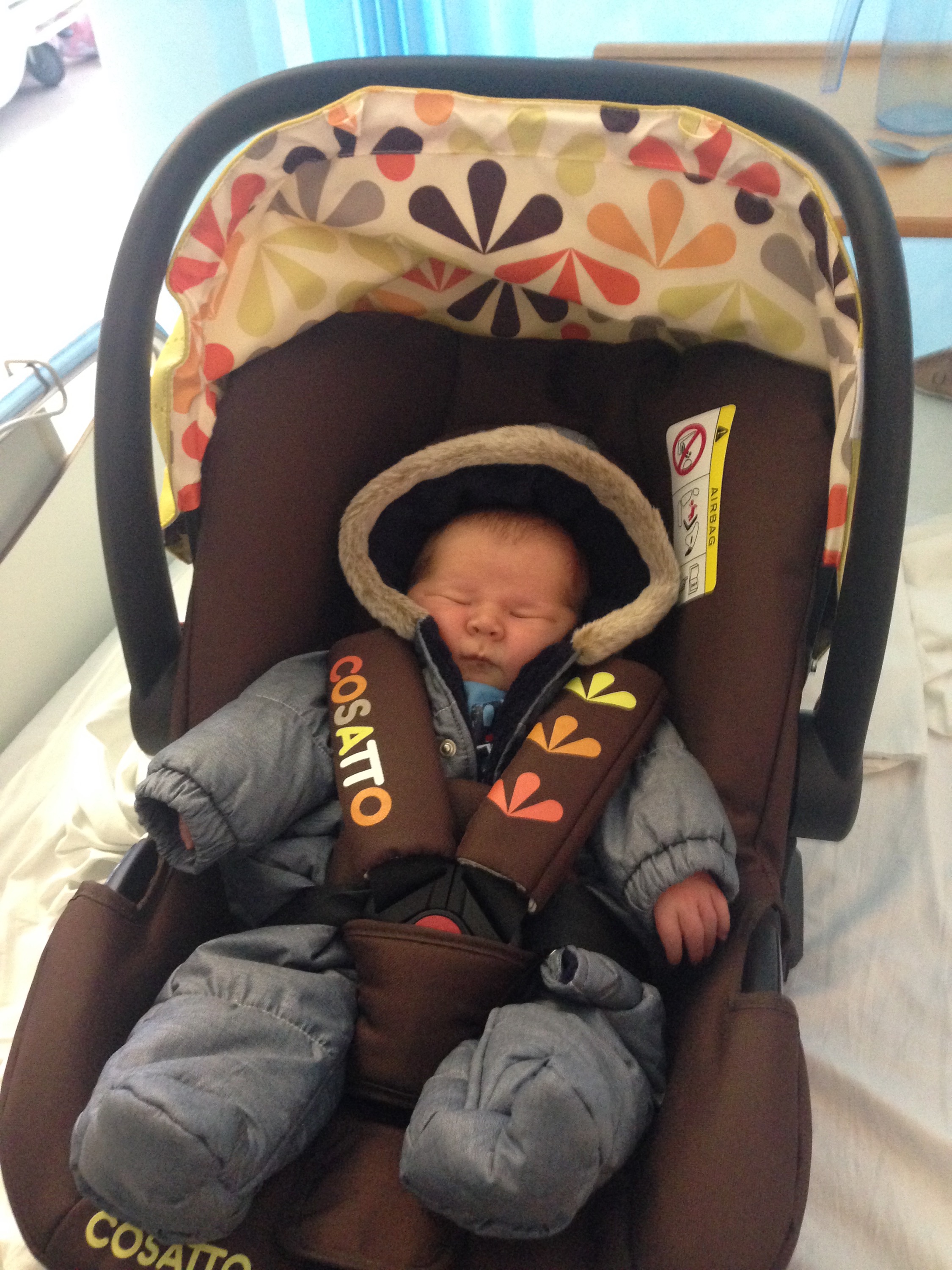 After a horrendous car journey home (recovering from major surgery and speed bumps do not mix) our little family made it home. And then to church two hours later… Yes I was mad! I blame the painkillers!!